One of the things I love about going on vacation is having oodles of free time (&, admittedly, less time on the computer, erk...) to read... not just the daily papers & magazines, but books. I can usually read about two books in a week at my mom & dad's, so I brought five with me for our recent two-week vacation, & got through four & a bit. I also finished one just before vacation, and two since then = 8 this summer. They were all great reads, and (while I didn't intend it this way) almost all included at least some passing reference to grief/loss, perinatal loss &/or infertility. 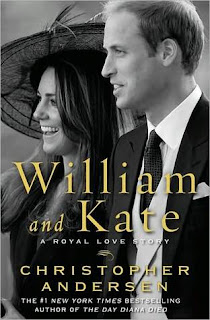 William and Kate by Christopher Anderson tells the story of the world's most famous newlyweds. I found it a pretty easy read, and while I've read a LOT on the royals over the years, I actually learned some stuff I hadn't known before. It was interesting to learn more about Kate & her family too. From an ALI angle, the loss of William's mother, Diana, and its ongoing impact on his life, is examined. And of course, Kate's stomach, or lack thereof, has become tabloid fodder, even before the wedding. 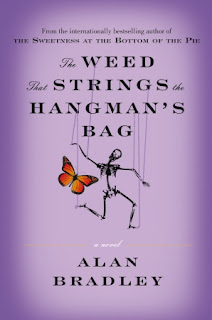 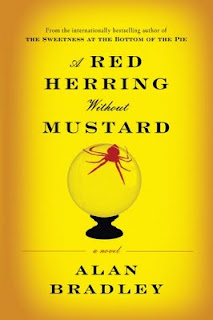 About a year ago at Christmastime, I finally got to read a novel I had been hearing good things about, called The Sweetness at the Bottom of the Pie by a Canadian author named Alan Bradley. I loved it, and while I was on vacation, I read the second book in what is going to be an ongoing series, The Weed That Strings the Hangman's Bag. And I've just finished reading the third book in the series, A Red Herring Without Mustard. (A fourth is to be released in November.) The books are all mysteries, set in early 1950s postwar England, featuring a precocious 11-year-old heroine with a passion for poison named Flavia de Luce. Young Flavia lives with her absent-minded stamp collecting father and her two mean older sisters in a crumbling mansion in the English countryside. As The Globe and Mail's review describes, "She’s Harriet the Spy by way of Agatha Christie, with a dash of Lemony Snicket and the Addams Family. Who could resist?" I couldn't help but think these books would make great Masterpiece Theatre Mystery movies on PBS. From an ALI angle, "The Weed That Strings" features a pregnancy subplot and the tragic death of a child. All three books feature the haunting (almost literally) presence of the young heroine's mother, who died when Flavia was a baby. 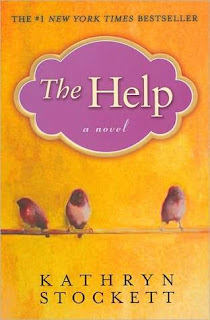 I finally got around to reading The Help by Kathryn Stockett while I was on vacation, which has been in my "to read" pile for more than a year. I knew the movie was coming out in August and I was determined to have the book read before I went to see it. I know there has been controversy in some circles about the historic improbability of the plot, not to mention the structure of the story (should a white woman be appropriating black women's voices and stories? -- both Stockett and her white heroine, Skeeter). I did think, as I read, "HIGHLY unlikely" (that this would have happened in early 1960s Mississippi). But I was able to overcome that and take the story at face value, on its own merits. It's fiction, all right, but it's a story that's well told with wonderful characters. It's got people thinking and talking about that time in U.S. history again, and about a part of black history and race relations that hasn't received much attention before, and from the often-neglected female perspective. What's so bad about that? Dh & I went to see the movie last week and both of us enjoyed it hugely. To my relief, it was mostly faithful to the book and was extremely well acted all round, with more great parts for more female actors than I've seen in a long time. The two actresses who played the maids, Viola Davis and Octavia Spencer, in particular, were absolutely wonderful, and I hope Oscar will remember them when nomination time rolls around. ALI angle: One of the characters has a history of multiple miscarriages. 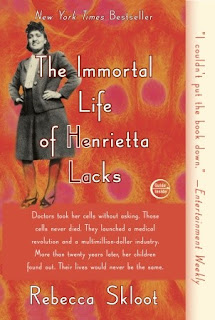 The Immortal Life of Henrietta Lacks by Rebecca Skloot was the next book I read after "The Help," and was an interesting companion piece to that story. The immortal cells grown from a tissue sample taken from Lacks -- a poor black woman from the South, who died of cervical cancer in the early 1950s -- paved the way for some of the most important medical developments of the last half of the 20th century, including a polio vaccine and (from an ALI viewpoint) cloning and IVF. (Lacks's doctor went on to become one of the pioneers of IVF in the United States.) The questions of medical and scientific ethics raised by the book echo the questions raised by ARTs -- and I was moved by the Lacks's family's ongoing struggle to learn more about the mother they barely remember and what happened to her cells -- and to ensure her legacy is recognized and honoured --a disenfranchised form of grief not entirely unlike the disenfranchised grief experienced by perinatally bereaved parents. This book seems like a highly unlikely subject for a bestseller, but it's a fascinating story, well told, and I think it deserves all the critical praise it has received. Next on my reading list was One Day by David Nicholl, the story of Emma & Dex, who meet on their university graduation day in Edinburgh, Scotland, July 15, 1988. The "gimmick" of the book is that each chapter features Emma &/or Dex on one day, July 15, every year for the next 20 years. Grief and loss of various types are woven throughout the book, and infertility also makes an appearance. I enjoyed the book overall, although it dragged a little, and the climax had me exclaiming out loud, "Awww, you've GOT to be kidding!!" It does end on a sadly sweet note, however. The movie adaptation, starring Jim Sturgess and Anne Hathaway, was just released, to lukewarm reviews. I think we might still go see it anyway. ; ) 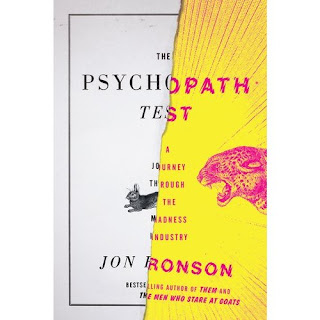 I'd been hearing alot of buzz about The Psychopath Test by Jon Ronson. It's a quick read, not too long, and quirky. Written from a first-person perspective, it has Ronson examining the whole concept of psychopathy. How can we tell whether someone is a psychopath? Who decides? Is it possible to cure a psychopath? These are some of the questions the book poses. It's interesting and even entertaining stuff -- although I found myself questioning the wisdom of using it as bedtime reading as I lay awake with some disturbing images and questions running through my head (be forewarned!). Not really any ALI angles -- BUT, one of the featured cases involves a blogger and the commenters who make her life miserable. 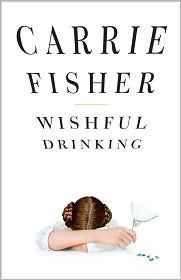 Right now, I am just finishing reading Wishful Drinking by Carrie Fisher. Fisher's one-woman show of the same name has just finished a brief run in Toronto. I had hoped to get to see it (which is why the book was in my pile), but the show ends tomorrow -- sooner than I had thought. Oh well. :( As I've admitted previously on this blog, I have a weakness for Hollywood biographies & memoirs, and I'm familiar with the story of Fisher's life and those of her parents, Debbie Reynolds and Eddie Fisher. Still, it's fun to read from Fisher's perspective. Not for nothing is she known as one of Hollywood's best comedy script doctors. So what have you been reading this summer?