It's the most wonderful time of the year (...not!) 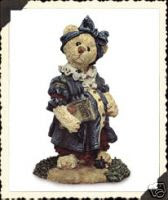 I know don't have to tell any of you that Mother's Day is coming up -- or why it hurts so much. It's a reminder of everything that I am not, the one thing my life lacks (the most important thing, or so the message goes that's drummed into my head). I do not have (living) children; ergo (in the eyes of the world, at least), I am not a mother. Therefore, none of the adulation and adoration given to mothers & motherhood on this day (& the infinite weeks leading up to it) applies to me. (I envision the Seinfeld Soup Nazi: timidly approaching the counter, only to be told, "No soup for you!!") I am an adult woman who is not a mother -- meaning that, in this baby and pregnancy-crazed society, despite all the other things I am and have accomplished in my life, I don't count for very much in the grand scheme of things. And most certainly not on Mother's Day.

Of course, the industry behind MDay as a holiday ( = excuse/pressure to spend money on the perfect gift for Mom) has been in full swing since, oh, about two minutes after the Easter promotional stuff got packed away (as I noted in a previous post). With less than two weeks to go before The Big Day, the scrapbooking message boards that I frequent are starting to buzz with posts about what to make/give for moms & grandmothers, what they are doing and, of course, what they are hoping their kids/husbands will give them.

I've been on (non-IF) boards in the past where any posters who dared to bring forward the idea that Mother's Day could be a source of pain for for women who aren't mothers were quickly dismissed -- even attacked. (How dare we infertile women try to make mommies feel guilty about enjoying their precious children on a day that's supposed to be celebrating them??) I can remember one woman (a mother, of course) saying that really, we shouldn't fret so much, because isn't Mother's Day really a celebration of ALL women? Ummm, yeah, right, sure... (that's why they named it Mother's Day instead of Women's Day).

Interestingly, Wikipedia says that Mother's Day was originally conceived after the American Civil War as a way to unite women -- bereaved mothers -- against war, and for peace and disarmament. The first national Mother's Day was declared in 1914 by U.S. President Woodrow Wilson, as a day for American citizens to show the flag in honor of those mothers whose sons had died in the First World War. Within a few years, commercialization of the U.S. holiday became so rampant that Anna Jarvis, the woman who had pressed for recognition of such a holiday, became a major opponent of what the holiday had become.)

Before I got pregnant 10 years ago, I don't remember having a lot of angst over Mother's Day, even as we ttc-d unsuccessfully for a few years. Dh's mom died in 1982 before I ever met her; we've generally left it to stepMIL's kids to celebrate her on MDay; and my mom lives a two-hour plane ride & one-hour drive away. I send a card & make a phone call & she's happy. So we've been "fortunate" in that we've never had any family obligations to endure on that day -- we've always been free to do our own thing. Perhaps we felt a little at loose ends, as we sometimes do on other family-focused holidays, but there was always the unspoken promise that someday, we would be able to create our own celebrations with our own little family.

I'm getting ahead of myself in the 1998 memories posts here, and I don't remember all the details that vividly anymore, but I do remember MDay 1998 was full of happy anticipation. I was about three months pregnant & just newly out of the closet about my pregnancy, so to speak. (After some pointed hints from me) Dh gave me a card & a Boyd's Bears figurine of a pregnant mama bear, called Momma McBear (photo at the top of this post). We'd started giving each other Boyd's Bears figurines as gifts & I absolutely loved this one. I put it on the night table on my side of the bed. After we lost Katie & started ttc again, & then turned to fertility treatments, the pregnant teddy bear became a sort of fertility totem for me. Every night, before turning out the lights, I would rub her pregnant belly. I still do (force of habit), even though I no longer expect results. I figure it hasn't worked so far, so now I rub as a sort of birth control, lol. Maybe once I finally hit menopause, I'll stop.

Anyway, I can remember dh & I talking about how next year there would be THREE of us, and how great would that be?? I envisioned the three of us attending church (with baby in the stroller, dressed to the nines in Baby Gap, of course) & then going for brunch together. As a family. OUR family.

Of course, the reality of Mother's Day 1999, post-stillbirth, was much, much different than I could have imagined or planned for. We skipped church that day, went to the cemetery & then went to a movie.

Over the years, we did try to attend church on Mother's Day. We'd joined a local Anglican (Episcopalian) congregation around the time we began ttc. I was brought up Anglican, and although I'd rarely attended church since I was a teenager (more out of sheer laziness than any disbelief), whenever I did attend church, I still found a certain comfort in the familiar rituals & hymns from my childhood, some of which I could still recite or sing from memory without consulting the prayer or hymn book. We knew we wanted our children to be baptized and learn something about God and the Bible -- & we knew, from our experience in planning our wedding, that many congregations will not perform these rituals unless you have been attending their church regularly for some time. In the days following Katie's stillbirth, the church was a source of comfort & support to us.

Any spiritual comfort I normally felt in church, however, was vastly outweighed by pain on Mother's Day. Invariably, the minister would ask all the mothers, grandmothers and great-grandmothers to stand & be acknowledged. What a dilemma. Do I sit? And act as though my child never existed, deny my motherhood? Do I stand? And invite questions about where my child(ren) is/are?

Midway through the service, the Sunday school children would be brought upstairs to share in the communion with their families. They would troop in, beaming with excitement, breaking into a run when they spotted their parents in the pews, as the congregation sang a hymn I knew by heart from childhood. The combination of the familiar words (tinged with a new poignancy, post-loss) & their little faces would always reduce me to tears:

He will gather, He will gather
The gems for His kingdom:
All the pure ones, all the bright ones,
His loved and His own.

("And they shall be mine, saith the Lord of hosts, in that day when I make up my jewels; and I will spare them, as a man spareth his own son that serveth him." -- Malachi 3:17)

One year, I was startled when the parishoner leading the intercessory prayers asked the congregation to pray for those who had lost their mothers… or mothers who had lost children… or those who wished to be mothers, but were not. "Let us remember that we are called to be a healing community," he said. Well, that was very nice. But two lines out of an hour-plus service? Still not quite enough to make me want to stay.

Likewise, at the time, our habit was to go out for Sunday brunch after church... but that too became a rather painful exercise on Mother's Day, being surrounded by happy families & excited children, often multiple generations. I remember one particular Mother's Day brunch (probably the last time we attempted it), being acutely aware of the family at the table next to ours. When we sat down, it was just an older couple sitting at a large table with several empty places, but they were soon joined by a younger couple, with a little girl, about the same age Katie would have been, who ran up to the older woman (obviously Grandma) excitedly waving a gift bag. Ouch.

So, over time, our Mday strategy has evolved. In a word, it's "avoidance." We go out for dinner as usual on Saturday night, but I get to pick. Sunday morning, dh gives me a card (usually "from" Katie). We go the cemetery, & then to a movie (preferably something more adult-oriented), or maybe just home to laze around. And sometimes he will take me to a couple of scrapbook stores where I can indulge in some retail therapy. ; ) Scrapbooking, of course, is about as mommy-related as you can get, but the stores are usually relatively empty that day, since everyone is at home celebrating with their families.

And I breathe a sigh of relief when it's over & done with for another year.

I wish all of you at least some measure of peace & comfort, on MDay & always.
Posted by loribeth at 7:44 PM