"The Education of Brett Kavanaugh" by Robin Pogrebin & Kate Kelly 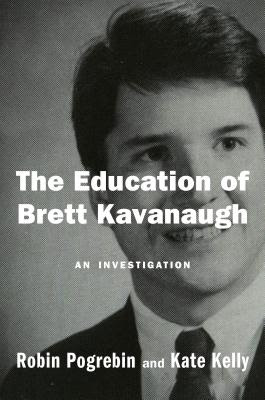 I started reading "The Education of Brett Kavanaugh: An Investigation" by Robin Pogrebin & Kate Kelly a year to the day after Christine Blasey Ford gave her riveting testimony to the U.S. Senate Judicial Committee, claiming that Supreme Court nominee Brett Kavanagh had assaulted her when they were both teenagers in the early 1980s.

New York Times reporters Pogrebin & Kelly broke some important stories during the confirmation process. In this book, they go over what happened, how Ford decided to come forward and how she wound up testifying in Washington. They also bring new information to light, including witness accounts that were never pursued by the FBI, and testimony from others who have not spoken publicly until now.

I thought this book was well written, and a pretty thorough and fair/even-handed account, presenting information to support and challenge both Kavanaugh's & Ford's stories. In the final chapter, the reporters weigh in with their own thoughts about what happened.

Jill Filipovic's review in the Washington Post says it all better than I can, lol.  :)

Inspired by the coverage of the Kavanaugh nomination & Ford's allegation, I wrote last year about my own memories of growing up and partying in the late 1970s/early 1980s & how different things were then, here.