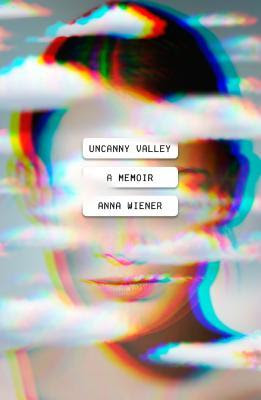 I am a late Baby Boomer (or early Gen-Xer, depending on your generational definitions). I grew up in an analog world. We had a black-and-white television set until I was 12, and its rabbit ears only pulled in one channel -- the CBC -- until we moved closer to the city and the U.S.-Canada border, when I was 13 (then we got six -- seven, you counted the French channel, which we never did). I was 15 when my cousins got a new game that you actually played on your television set, called Pong. My journalism school class was the first to use computers to type, save & file our stories. I didn't get a personal computer or go online until 1996, when I was 35 years old.

All of which is a roundabout way of saying that I come from a completely different time and place than Anna Wiener, barely 30 years old, who has written about her experiences working in Silicon Valley in "Uncanny Valley:  A Memoir."  (Maybe it's the name, but I envision Anna Kendrick playing her in a future movie adaptation.)

"Uncanny Valley" gives old(er) people like me a glimpse into the strange new world where college dropouts become millionaires or billionaires before their 30th birthdays, all while wearing hoodies, pumped up on energy drinks, caffeine and snacks (all paid for by the office), working whatever hours they feel like and communicating by text (even with the guy sitting across the desk from you). Completely different than my own experiences, working 28 years at the Bay Street (think Wall Street) head office of a major Canadian bank, which was & still is about as "old-school corporate" as you can get.

And yet there was a lot I could relate to in Wiener's story: being older than your bosses & coworkers (although Wiener was still just in her mid-20s herself!!), the male-dominated corporate culture, the sexism, the meetings that go nowhere... the language!!


People said things like "co-execute" and "upleveling"; they used "ask" and "attach" and "fail" as nouns. They joked about "adulting." ... Sometimes it felt like everyone was speaking a different language -- or the same language with radically different rules. There was no common lexicon. Instead, people used a sort of nonlanguage, which was neither beautiful nor especially efficient: a mash-up of business-speak with athletic and wartime metaphors, inflated with self-importance. Calls to action;  front lines and trenches; blitzscaling. Companies didn't fail, they died. We didn't compete, we went to war.  (pp. 92-93)

Mostly, I could relate to Wiener herself -- an English major who worked in publishing in New York City before making the leap to the west coast tech world:  her love of books, her concerns about privacy, her wariness of ride-sharing apps and getting into strangers' cars, her eagerness to be liked and valued by her bosses and colleagues, her growing cynicism and disillusionment.


I was frustrated because I felt stuck, and I was resentful because I was stuck in an industry that was chipping away at so many things I cared about. I did not want to be an ingrate, but I had trouble seeing why writing support emails for a venture-funded startup should offer more economic stability and reward than creative work or civic contributions. (p. 195)

Some Goodreads reviewers have said they thought the writing was good, but they were bored with reading Silicon Valley memoirs. This was the first one I've read, and I thought it was pretty good. There's not much here that's ultimately new or surprising, if you've been reading the news, but it's a well written look at Silicon Valley startup culture. It's doesn't paint a pretty picture of the place, but it provides a lot of food for thought.  Four (4) stars on Goodreads.